Get fresh music recommendations delivered to your inbox every Friday.
We've updated our Terms of Use. You can review the changes here.

Much Blindin' Down the Marsh 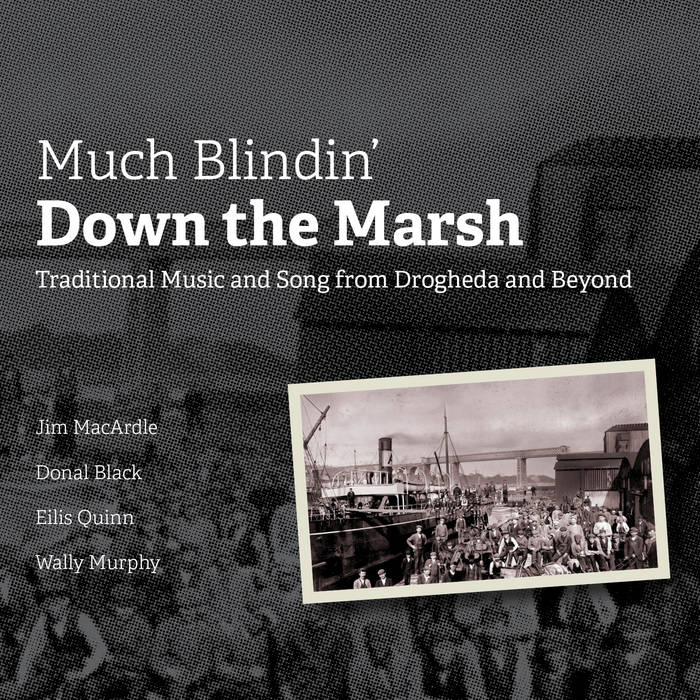 "The Music and Songs on this CD consists of material which I have collected, learnt, written or osmosicised from frequenting bars, houses (of ill and fair repute) in the Drogheda area and further afield right down to Mullacrew and Louth Village.

Some of my influences have come from recordings and tapes, in particular I was drawn to regional traditional music – a good instance being Muckram Wakes’ album ‘A Map of Derbyshire’ where regional versions of (mundane)songs and tunes presented a unique perspective on well-worn material and regional or local songs such as ‘The Cow in the Gate’ were given the prominence they deserved.

My experience in playing music has been greatly enhanced by former musical buddies like Mary Ann Carolan, Tommy MacArdle, Brian Leahy, Joe Ryan and many others, and it is sustained and renewed by Eilis, Wally and Donal on a regular basis. The centre of my musical world for the last 50 odd years has been in Carberry’s Pub on the North Strand and its still the same today as it was in the 1960s - a good thing."

Bandcamp Daily  your guide to the world of Bandcamp

Alex Rita and Errol from Touching Bass feature in our special London edition of the Bandcamp Weekly.